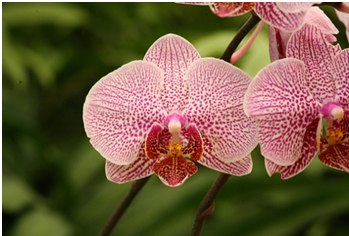 You want to express your feelings to someone or show him/her your appreciation but are a little reluctant to do so?

Then why worry, just buy some flowers and express your feelings. Sometimes people find it hard to express themselves or describe their feelings in words.

Simple solutions to their problems are flowers. 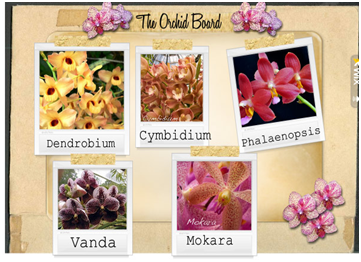 God has provided us with beautiful flowers which makes the world even prettier.These flowers are just not for adding to the beauty of this world but have importance and use beyond it.

Each flower be it a rose or an orchid signifies an emotion, carries a different meaning. If you are happy or want to express love you give a red rose, yellow rose signifies friendship and so on.

Unsaid words and feelings can be very well expressed through these fragile and elegant creation of God i.e. flowers. The universe is full of thousands and thousands of different species of flowers, some still unknown to the human kind.

The name Orchid comes from the Greek word “orchis” meaning testicle; because of the shape of the bulbous roots. Ranging from white color to red, orchids form one of the world most diversified and biggest families of plant/flowers.  There are more than 22,000 species of orchid flowers in the world and over 100,000 different orchid hybrids. Every type of orchid flowersexpresses a different meaning and are used for decoration purposes in birthday parties, weddings etc. they are known for their fragrance and beauty and are also used in food items and as garnishing.

People grow orchids for their or use them in their décor because of their eye-catching and astonishing beauty. The most beautiful amongst this species of flower is South American “Cattleyas” with their huge, sparkling and mauve blooms. Some of these orchids like “Bulbophyllums” smell weird or are evil-smelling. Among these two extreme varieties are other numerous wonderful and charming orchids which never fail to attract people around them. But to due to unfavorable environmental condition the orchid flowers are becoming extinct and that’s why they have become expensive.

Facts and History of Orchids

The history of orchid flowers can be traced back to the Greek and Roman times but at that time people only knew of the terrestrial orchids (these grow on ground) and had no clue about tropical epiphytes (these grow on trees).

Many years after the discovery of South America by Columbus, a man named Hernado Cortes arrived in Mexico in 1498 to overthrow the Aztec Empire. There he found some species of flowers being cultivated for perfume, culinary use and especially for the extraction of vanilla. This was the orchid that contained vanilla. The people of the Aztec Empire used to grow these orchids and then ground it seed capsules with brown seeds of cacao plant to make a bitter drink which is the basis of today’s modern chocolate.

At the end of the 18th century, more than half of the world was ruled by British Empire as they had spread their colonies around all the continents. Epiphytic orchids were bought from West Indies and China to the British Empire. Almost 15 species of orchids were grown at Royal Botanic Gardens in Great Britain. Soon orchids became renowned throughout the world and rich people started adding new and different species of flowers to their orchid collections.

In 1899 a French botanist Noel Barnard made a discovery and was able to grow different species of orchids (both terrestrial and epiphytes) from fungus and in the following years many other scientists and botanist were able to germinate the seeds of orchid flowers.

Orchids grow in all the continents except Antarctica. You can find many different types of orchid flowers having variety of colours, species, hybrids, miniature and standard sized. Few of them are:

This flower is easy to grow in homes and is very popular. It comes in different colours, shades and has long stems, bunches of flowers and thick green leaves.

This is also called boat orchid. It has more leaves than other species of orchid and come in variety of colors.

These can be found in most of the tropical regions of the world and is known for its vanilla flavor. They can grow up to 35 meters in length, each cluster contains up to 100 flowers and the flowers open themselves only in the morning.

Growing orchid flowers at home is a huge task. These flowers have to be treated patiently and provided with good care. Different species of orchids require different environment to grow in like some flowers grow best in cool temperature, some in intermediate and others in warn temperature. Still with proper environmental conditions and care, orchids require a decent amount of time to grow which requires a lot of patience.

Orchids are most popular flowers around the world because of their beautiful and elegant shapes, colors and uses. They are expensive because they are becoming extinct. Orchidscan be found in every nook and corner of the worldexcept Antarctica and can be grown at homes and can live up to many days if proper care and attention is given to them.