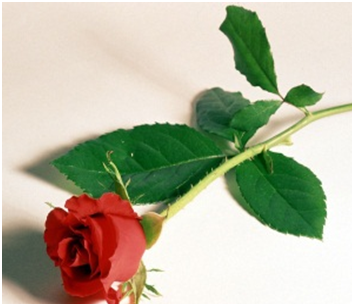 Valentine Day is a day meant for our loved ones; a day we celebrate with our loved ones making them realize that we love them truly with all our heart and passion! The tradition is to give away a red rose (or any other substitute flower) to your beloved along with the greetings. Propose to someone on this day and let them know how you feel about them for this is the day meant especially to express your feelings. However, the tradition was not always like this. It has evolved in many ways, with the core purpose remaining constant – The day dedicated to love! Let’s find out what really happened that led to the celebrating of this day to date and future.

The association of Valentine Day with a mere red rose is a reminder of the series of related historic events. It is indeed celebrated in the memory of a Saint named Valentine but there were three of them, all of whom were martyred. The details on the three Valentines and how they share the history of this promising day are as under:

A Roman Emperor, Claudius II, declared in his time that young men makes better soldiers and so marriage of young men was abolished under his strict orders. A priest advocated for the young men and defied the emperor’s orders by performing marriages of young lovers discreetly. He understood the unfairness of the orders by the emperor and continued to do so. One fine day his practices were discovered and he was killed as a punishment.

Another legend talks about a prisoner named Valentine who fell in love with his jailor’s daughter. He wrote her letters that read this message, “From your Valentine”, at the very end of all the letters. His intense love and letter writings were discovered and he was killed as a punishment. Although the authenticity of this legend is still unconfirmed but it the tradition followed today is in the memory of the same legend.

Saint Valentine – The Priest who aided the prisoners:

This is another legend that is being talked off regarding Valentine Day. There was a priest, in the reign of Claudius, who aided prisoners in escaping. The prisoners were being brutally beaten and tortured. Valentine saw this as an act of disgrace to humanity and decided to help them. He was killed by the orders of the Emperor Claudius for doing so.

The authenticity of all these legends is yet dubious but they all point out to certain common characteristics of Saint Valentine that led to celebrating this day: Saint Valentine was a romantic, heroic figure, seeking love and aspiration but was martyred as a result. The end happens to be the same for all the Valentines, death. According to Catholic history, this happened way back somewhere in the AD 289, around the same date as 14th of February. It is thereby celebrated as a reminder for the message of love Saint Valentine decided to disseminate.

In the ancient times, a pagan festival was celebrated on the 13th, 14th and 15th of February in the memory of Faunus, the Roman god of agriculture, Lupercalia. The series of the event involved the members or priests to gather at a sacred cave where they would sacrifice a goat, for fertility and a dog, for purification. Then the goat’s skin was dipped in the sacrificial blood and then attached to a whip. The whip was then used to spank the backsides of young women gently and they welcomed the touch for it was considered to improve their fertility in the upcoming years.

Though this may seem a little detached from the Valentine Day we celebrate but it is connected and seems to have an impact on the celebration today, according to some. It was abolished later as the act seemed quite “Un-Christian” and 14th February was considered as St. Valentine’s Day, the day of love. The date, 14th of the month, was selected specifically because in England it was marked as the beginning of the mating season for birds. Thus, this became an additional reason for the celebration of St. Valentine’s Day as a day of love and romance.

While a vaguely defined Valentine’s Day greeting was adopted by Charles, Duke of England, who wrote a poem for his wife while in prison and King Henry V who hired a writer to write a romantic note for Catherine of Valois, there was more to come. By the middle of 18th century, passing of love-notes became a common trend and it wasn’t long after that it became possible to afford sending a Valentine Day letter to a loved one. Later in 1857, Esther Howland started producing better quality greeting cards especially for the purpose of Valentine’s Day. Today, Valentine’s Day is the 2ndlargest card-selling event celebrated in USA and elsewhere along with additions of chocolates and other gifts that enhance the sweetness shared amongst lovers.