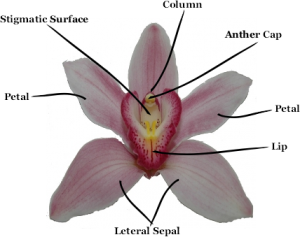 Have your child, friend or a work colleague ever asked you, “What is an Orchid?” and have made you put, “I wish to be a science-geek or a taxonomer at least”’ on your wish list?

The feeling is mutual with many out there when being asked the same question: “What is an Orchid?” A reminder: You need not always be an expert on something to know that specific thing, sometimes it just takes a few moments to know the basics of it and voila! You know what you needed to know. Logically, if you start looking for answers yourself, the only difference between you and the experts would be that you’re good at it while experts are better.

Now coming back to the question, orchids are not much of a complicated phenomenon. Simply put, they are those flowers that almost everybody adores as they come in a great many colors, shapes and sizes and are beautiful enough to fill your backyard with a variety of flowers for guess what? Not many people know about the 20 or 30 thousand species of orchids. So yes, they are easy to be planted and are more of an addiction to some people for one orchid turns out to be so charming that you immediately feel the need of getting another and then another and so on. They do attract a lot of bugs and love to stay and play dirty most of the times, yes, but the best thing about them is that they grow on their own or at least many species of orchids does so. You need not water them a lot so they are perfect for busiest of the people out there.

An amazing fact that orchids are scentless to us but aren’t so in technical terms. We have quite a poor sense of smelling so we are deprived of the wonderful smell of orchids, however, bugs and insects can smell them from miles away and come rushing to it within no time which is evident the smell has to be quite an enticing one! But don’t you worry at all. They will not harm your orchid as much as you think their hovering would. Another signs of confirming an orchid is that all the orchid flowers have three petals and three sepals. What are sepals? They are like an outer cover to the orchid flower bud which when opened, protects the flower that is inside.

Another cool thing about orchids is that they are fun to look in for and aren’t much expensive to have or grow on your own either. With various species and man-made hybrids one could simply start collecting or looking into a different orchid every time. They are said to be grown and bloom in tropical climate only but with various species you can always experiment with different weather conditions for some people have them blossoming them in their backyard all the year round!

So you have your easy and not-so-technical definition of the mysterious orchid. There wouldn’t be any further need to scratch your head or tapping your foot on the question: “What is an orchid?” You can go on and on about it now or who knows you might as well win an argument over a flower that doesn’t smell great but has some wonderful features that aren’t common in other good smelling flowers!