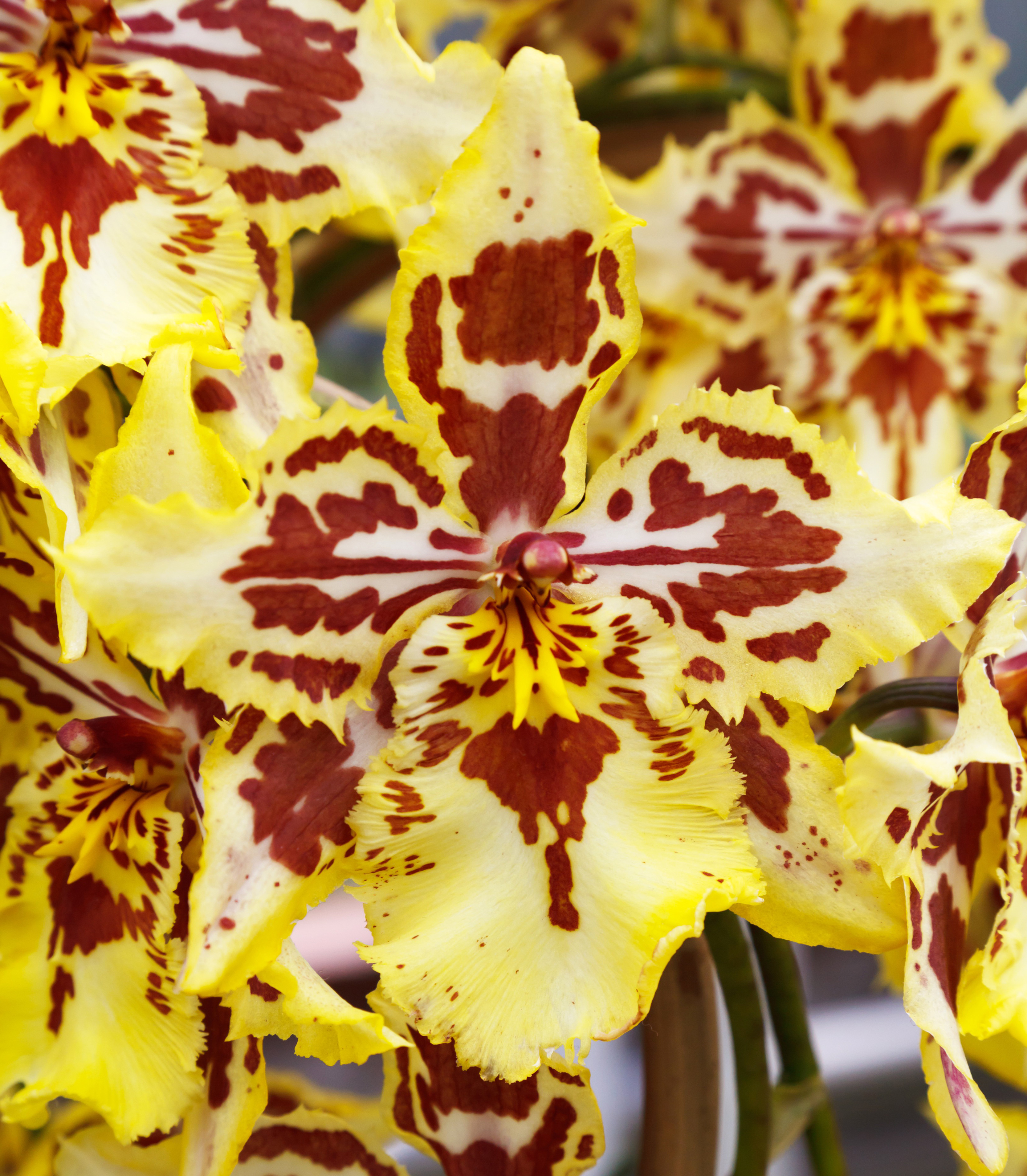 If one is talking about some of the weirdest flowers of the world, the name of tiger orchid certainly ranks at the top of the list. It is also the largest orchid flowers of the world. There are many orchids that look like animals and birds but tiger orchid takes the cake among them. These orchids are believed to scare away predators being shaped like tigers. Their flowers have petals that are golden yellow in color their sepals of reddish brown stripes just like tigers. If tiger is the animal that ignites your imagination, tiger orchid is the plant you should keep and grow at home.

The scientific name Grammatophyllum speciosum comes from the Greek words Gramma that stands for letter and Phyllon that means leaf. This Greek nomenclature pertains to the dark markings on the petals and sepals that look like writing. The Greek term speciosum stands for something that is showy. So you have an orchid that is showy and has flowers that have special markings on their petals. In some places, tiger orchid is referred to as sugar cane orchid because of the fact that its foliage resembles that of sugar cane.

Tiger orchids are epiphytes which means they grow upon other plants but they are non parasitic in nature. They absorb their food and energy from air, rain, and debris that collects nearby. Tiger orchids boast of fat bulbs that are egg shaped. Two leaves grow out from each of these bulbs. These leaves are long and narrow and arching. These leaves are arranged in the form of rows. They grow up to 50-100 cm in size while their width is around 3 cm.

The flowers of tiger orchid grow in the form of inflorescence with a cluster of flowers arranged on a long stem that grows up to 2 meters in size. Some of these flowers are sterile that remain close to the base of the stem. These sterile flowers are lacking in column and lip but they are very fragrant, thereby attracting pollinators to them. It is the fully developed flowers of tiger orchid that are visited by large bees belonging to a species called Xylocopa. Full grown flowers of tiger orchid can grow to have a diameter of around 10cms. The petals and sepals bear golden yellow color and they remain flat. All sepals and petals are heavily spotted with red brown markings.

A tiger orchid flowers every 2-4 years once it has matured. Its flowers can last for 2-3 months once they have bloomed. It flowers less frequently if it is cultivated in a temperate climate.

Facts about the Tiger Orchid

Because of its enormous size, tiger orchid is rarely grown inside homes. You need a large pot (a wooden basket that is slatted). Make sure that your tiger orchid is not disturbed too often. For medium, mix the following

Tiger orchids love humidity and cold climate. You may have to use a humidifier if humidity drops below 50% in your area. It needs lots of light but avoid direct sunlight falling upon it. Place it near the window but tiger orchid can also grow normally if you can arrange indoor plant lights for it. Interestingly,, this plant needs rest at night so make the area surrounding the plant dark at night. Tiger orchid needs to be watered heavily round the year.

If you are using fertilizer, keep nitrogen content higher in summer and lower during autumn and spring. Increase potassium during these two seasons.

This ornamental plant, once it becomes mature and starts to flower, has the capability to become the talk of the town because of its beauty and splendor.