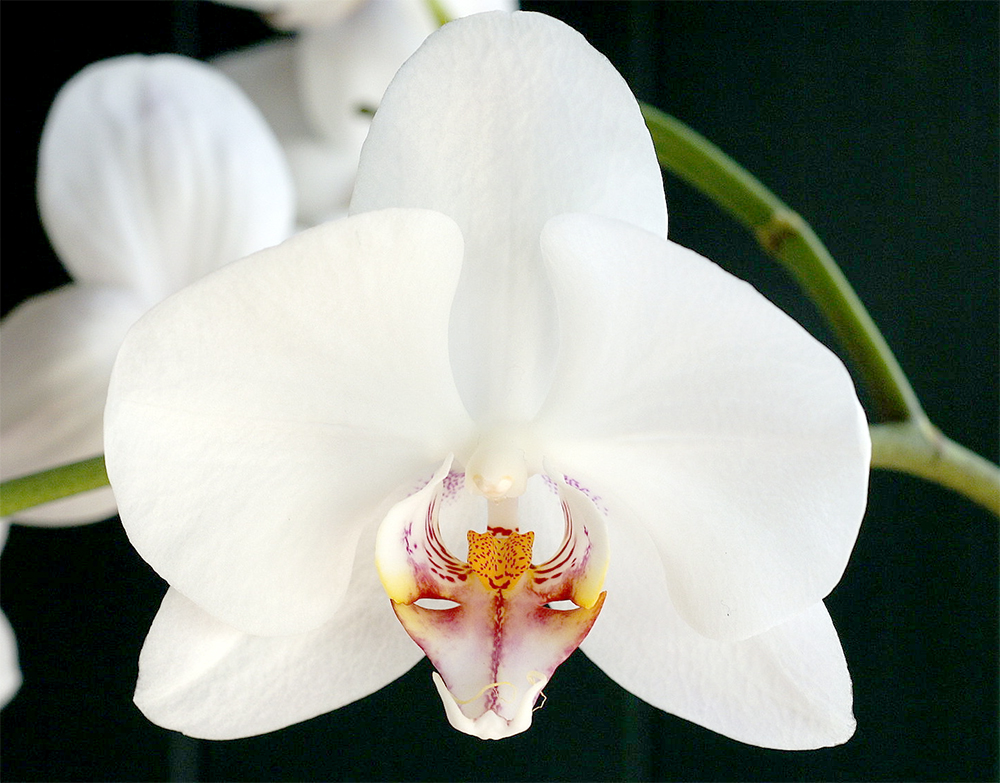 This is a unique species of orchids which has flowers that look like both a moth as well as a bird head. This is the reason why it is called a bird head orchid in some places while it is referred to as a moth orchid in other places. From a distance, the flower resembles a moth in flight but if you look up close, you can identify the head of a bird guarding the nectar. This species is one of the most common among orchids that look like animals or birds. Many scientists believe that nature has tried to imitate the head of a bird inside the flower to ward off many types of insects from eating the nectar.

A moth orchid or bird head orchid can be easily grown at home on a ledge or windowsill. This species of orchids has a strong system of roots and it can bloom all round the year. This species is the most common one to be sold as a potted plant. These orchids thrive in a temperature range of 20-35 degrees Centigrade but they can also adapt to a temperature range of 15-20 degrees Centigrade.

The plants of bird head orchids require high humidity levels of 60-70% and low light conditions. They can also adapt very well to the low humidity levels found inside homes. Although these plants require heavy watering, excessive watering can lead to rotting of the roots. As these plants are easier to grow than other species of orchids, it is natural to find people growing them at home.

Spikes on which the flowers appear rise from pockets situated close to the base where the leaves grow. The spike continues to elongate first and then fat buds appear on it which later bloom. The bird head orchid is not a tall species of orchids and its plants grow up to a height of 10-14 inches.

Facts about the Bird Head Orchid